Thinking Outside The Blog. 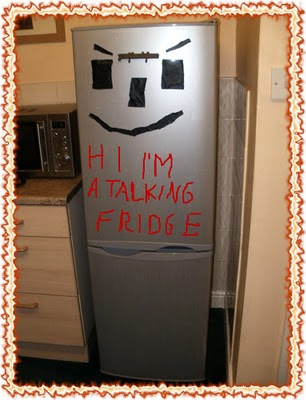 When I purchased my fridge, yes the, 'The Talking Fridge.', I never took into consideration the dimensions of the freezer.  This meant, much to my horror, that I couldn't fit in large frozen pizzas.
So whilst frantically trying to shove a large pizza into the freezer, my son came to the rescue.  'Dad, why don't you take the pizza out of the box and keep the instructions off to one side?'  'What a great idea, I replied.  'Tristan, that really is 'thinking outside the box'!'  Good grief. 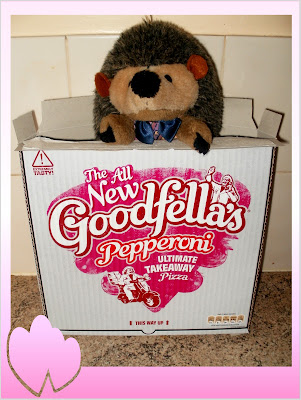 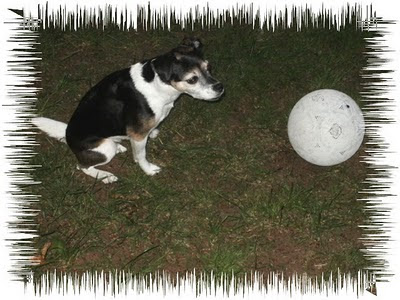 The following is a sporting question posed by a North American to a British person.  The North American says, ' When you say 'football', do you mean football as in football football?  Or, do you mean football as in soccer football football?'
In England, there are some football (soccer) teams with names that confuse me.  Names, for example, like, 'Man City' and 'Man United'.  I am not aware of any teams named, 'Woman City', or, 'Woman United'.  Then there is 'Scunthorpe United'.  No, I'm not going to suggest something silly like you spell out 'Scunthorpe', letter by letter.
In Italy, they play football, as in soccer football football.  In North America, they have a league named 'Major League Soccer', as in soccer football football.  In Italy, there is a team named, 'A.C. Milan'.  In Major League Soccer, there is a team named, 'D.C. United'.   If A.C. Milan played D.C. United, would the atmosphere be 'electric'?
Yes I know.  This posting is clear indication, as they say in Britain, that I've 'misplaced the allotment', or, as you might state, I've 'lost the plot'.
So I went for a meal with a beautiful lady wearing a low cut dress. And, before you ask, it was her wearing the low cut dress.  Being such a gentleman, I did my utmost to maintain eye contact.  'Excuse me!', she exclaimed.  'My breasts are down here!'   Then I woke up......
Posted by klahanie at 20:18