Typing With A Tit On My Elbow.

Yes, I know, why am I still not posting?  Consider this some sort of post.  The problem is that it's extremely difficult typing as my bursitis in the elbow aka "tennis elbow", has worsened.  Typing while having a jiggling lump is not easy.  I'm now empathising with Penny the Jack Russell dog and modest internet superstar, who has told me, on a number of occasions, that typing for her is like a human trying to type with mittens on.

I've now been on the anti-inflammatory drugs for two weeks.  While taking the drugs, I was told not to take anything for the flu I managed to get during my trip to British Columbia.  This compounded the situation.

Yesterday, I went to my health centre to get a flu jab.  The flu clinic was a walk-in without needing an appointment.  I had a crafty plan in regards to getting a flu jab.  In other words, how to have an appointment with a doctor without actually having an appointment. When the doctor called me in, I told her that I wasn't sure if I could have the flu shot because it might clash with the medicine I was taking for the elbow situation.  She looked at my elbow and proceeded to go get the doctor who'd seen me in the first place. The two doctors stared at my great lump, as in the lump on my right elbow.  They agreed that I needed to go to hospital.  I now wait for my appointment to come through the mail.

Like I stated to the doctors, I really didn't want to go to accident and emergency, wait several hours as a bunch of rowdy drunks proceeded to puke all over me.

Oh, I never got the flu shot because I was informed that as well as the clash of medication, the fact I'd just had the flu meant I couldn't get a flu jab.

That's about all I can type.  This is most frustrating.  I hope to be sort of blogging within the next month.  Apologies for not interacting with you.  I know you'll understand.  Once again, I shall be leaving the comments switched off because responding to comments whilst trying to keep a flopping blob off my keyboard is not my idea of fun.

I'll slap up a couple of photos from the second day of my trip to British Columbia. 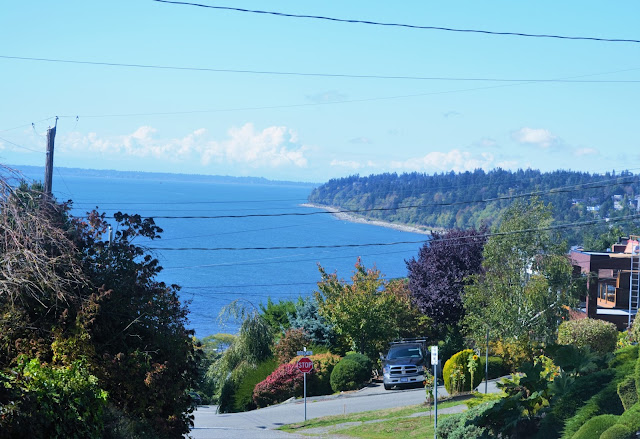 This is the view from the top of the hill in White Rock, British Columbia.  My mother and my stepdad live about a ten minute walk from this location. 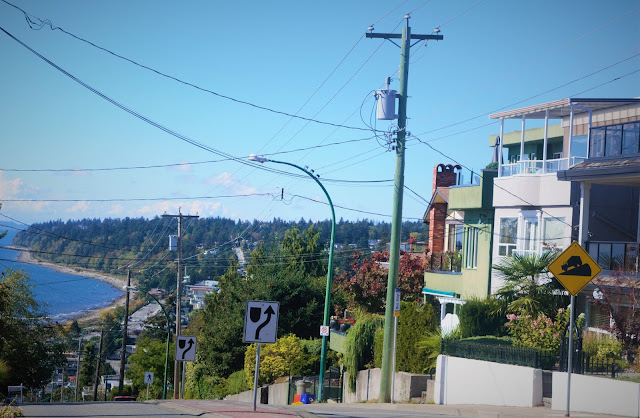 Here's another view from a different street.  If you go down to the beach, way off in the distance, you can see the Peach Arch, which is located at the border crossing just before you go into Blaine, Washington.

Taking photos often turns into some weird adventure for me.  While attempting to take the above photos, some old dude was following me around.  He gave me strange looks.  Just about normal for me.
Posted by klahanie at 23:09