I made mention of the following story on everybody's favourite social "notworking" site.  Which means, if you're a friend of mine on that notworking site, bear with me as I repeat myself.  When I state, "repeat myself", it's nothing to do with belching.

It was approximately two in the morning on Tuesday.  Penny the Jack Russell dog and modest internet superstar had given me a hint that nature was calling her name, loud and clear.  This meant going down three flights of stairs to get outside.

Off we went for a gentle, quiet stroll.  A gentle, quiet stroll that was rudely and abruptly interrupted. Out of the corner of my right eye, I noticed a very fast, very low moving object heading straight towards Penny.  I realised, to my horror, that it was Amy, the Jack Russell dog from hell!  Amy, a dog minus a lead and a collar.

Off in the distance, standing outside the apartment building, was the lady that Amy lives with.  What I found baffling was that the lady didn't even attempt to come get her dog.

Before the situation got out of hand, or out of paw, I suddenly found myself tucking Amy under my left arm and Penny under my right arm.  This made for quite the visual as I watched two dogs having a staring down contest.   I calmly walked back to the apartment building.  Somewhat surprisingly, Amy became very relaxed.  Penny was her usual, chilled-out self.  Penny told me later that she thought Amy was just an over exuberant, starstruck fan.

As for the human in question, this was the same human who had caused me so much grief previously when she accused me of unfounded, anti-social behaviour.

She thanked me for bringing her dog to her.   She also told me that she had been given six weeks notice to vacate the premises.  Something about anti-social behaviour.

I'm really struggling here, my friend.  I'm trying to be proactive whilst still battling with chronic fatigue.  Comments are switched off as I try to sort of catch up with commenting on other blogs.

Oh great!  It's gone two in the morning and Penny is indicating that nature is calling her, yet again, loud and clear.... 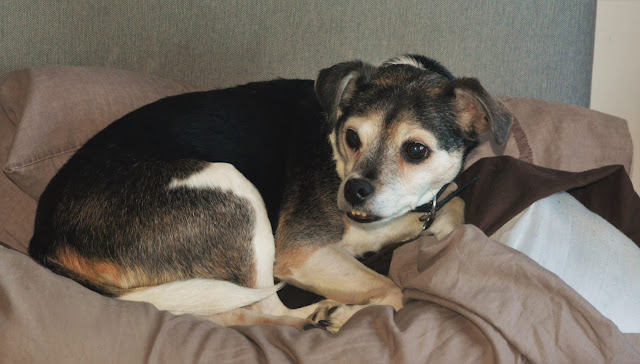 Panic At The Postal Service.

Over the next few days, there will be traffic chaos on the streets of Leek, Staffordshire, England.  *Why?*  Yes, you might be thinking that.

Over the next few days, leading up to February 14th, aka St. Valentine's Day, convoys of postal trucks come into the Leek from all directions.  Destination, my place.  Apologies to you if you happen to live in Leek.  For once, the traffic chaos is not being caused by roadworks.  Yes, the roadworks that never seem to have anybody working on them. 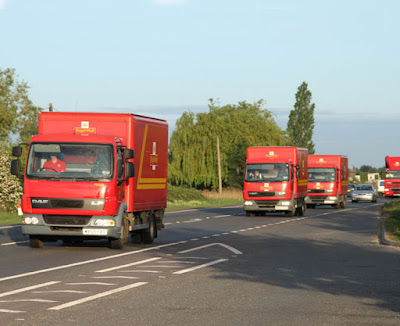 Here are a few of the postal trucks heading towards my place.

My home becomes so full of Valentine's Day cards that there's barely room to swing a cat, not like I would actually swing a cat.

The mountain of mail heading to my place is so huge that even Postman Pat and his black and white cat, get involved. 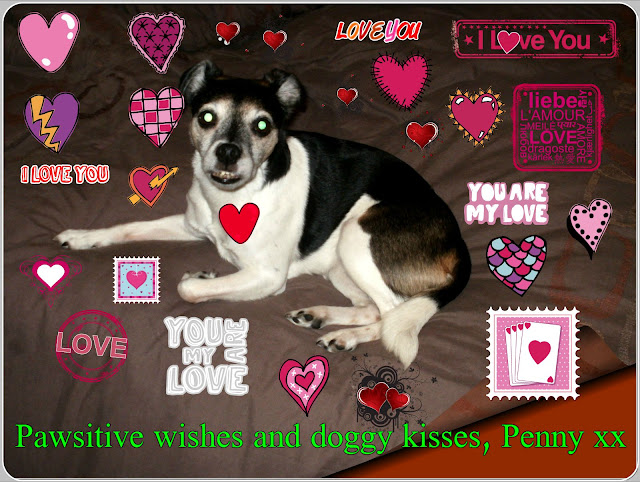 Okay, just like last Valentine's Day and the one before that and that and that, the Valentine's Day cards are actually all for Penny the Jack Russell dog and modest internet superstar.  Here's her card she wants to share with you.  Penny, the epitome of love, no matter the day.