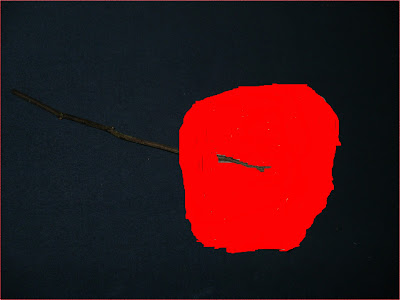 You may have seen that classic film, 'The Blog'.  Here is a brief synopsis of the beginning of that marvel of 'Sci-Fi' films.  A teenage couple, Steve and Jane, are out watching the stars.  They see a meteorite falling from the skies and it lands nearby.  Before they reach the meteorite an old man finds it.   The old guy pokes it with a stick.  The meteorite cracks open and a small, gooey, reddish, slithering slime, attaches itself to the old dude's hand and crawls up his arm.  The man runs out into the road, in a state of hysterics.  Steve sees him and takes him to the local doctor.
They get to the clinic when the doctor is just about to leave.  The doctor gives the old man an anesthetic and sends Steve back to the site of the crash to collect further information.  The doctor decides to amputate the man's arm, which is being completely consumed by the slithering slime, that becomes known as, 'The Blog'.  Unfortunately, The Blog consumes the old man, eats the doctor and his nurse, while ever increasing in size.
The Blog, grows bigger and bigger, consuming a mechanic, a janitor and a bar full of late-night drinkers.  Not satisfied with doing this, The Blog decides to ooze through the local cinema and eat the projectionist.  Folks begin screaming and rush out of the cinema.  Next stop for The Blog would be to trap a bunch of folks in the diner.  What would happen next?
Now, a brief interlude before we continue with this fascinating story.  Here are the catchy lyrics to the opening theme tune to 'The Blog', written by, 'Burt Blogarach', 'Beware of 'The Blog', it creeps and leaps and glides and slides.  Across the floor.  Right through the door.  And all around the wall.  A splotch, a blotch.  Be careful of 'The Blog'.'
Okay, I wont tell you what happened next.  Just in case, on the very remote chance, that you have not seen this intriguing tale.  Let me just say that it has a very cool ending.  Or was it 'The End'?
For, even though they thought The Blog had perished, little Blogs, had slipped out from The Blog.  These little Blogs, spread far and wide.  Some of the little Blogs became insecure.  Others became arrogant.  Some of them wanted attention, needed love. Some little Blogs declared that they were better little Blogs than other little Blogs, and all other little Blogs, should shower them with praise   Some little Blogs wrote poetry.  Others wrote of love and passion.  Some of them swore just to fucking shock.  Diversity has many fine attributes.  Self-obsessed and thinking that one little Blog is somehow superior to another, does not.
Some little Blogs became concerned.  Concerned that some little Blogs would become like 'The Blog'.  All consuming, with no regards for the validity and thoughts of the other little Blogs.   Indeed, many little Blogs decided that they would grasp what they considered the true ideal of little Blogs.  All different, all equal, in a great little Blog community.
Be careful what you poke a stick at.  You just never know what might happen......
Posted by klahanie at 22:34

Email ThisBlogThis!Share to TwitterShare to FacebookShare to Pinterest
Labels: 'The Blog'