The 'wee folks' have had profound impact on my life.  I have witnessed wondrous little creatures who live in peace and harmony.  It is a world where the beauty of nature and the beauty of their hearts; is truly embraced.  No passing judgement based on the way you look.  No preying on the vulnerable.  For they are a community, a family that rejoices in all that is good.
We, the community, the family of mankind; has so much to learn.  Those that would mock the fragile spirit of a brother in pain; shame on them.  It is all too easy to label, to stereotype, to stigmatise people, we refuse to understand.  Ignorance breeds ignorance.  Those who would devalue the humanity of someone perceived as 'different'; must open their hearts and minds.  Healthy discussion and interaction can bring down the barriers  caused by misconceptions.  Creating a peaceful, positive environment will benefit us all.
I have noted that our Jack Russell dog, 'Penny', has bonded with the wee folks.  She has become very protective of them.  The world of the wee folks and the world of  loving dogs are intertwined.  For like the wee folks, our loving canine friends, pass no judgement and remain faithful to the very end.  The wee folks and our animal friends try to teach us lessons.  Let us be inspired by the wisdom that these lessons can bring.
Posted by klahanie at 22:01 18 comments:

The Following Blog Is Sponsored By... 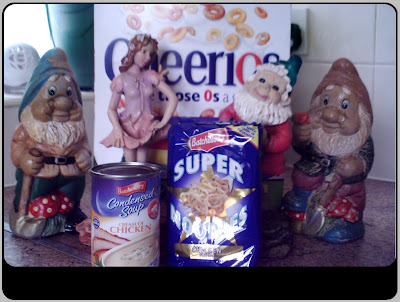 The following blog is sponsored by...Well, actually, there is no sponsor on this here blog.  Yet it got me thinking about brands and brand name changes etc.
I recently purchased a Chevrolet automobile.  Yes, you read correctly, here I am living in England and I bought a Chevrolet.  Now the Chevrolet I bought used to be called a 'Daewoo'.  I remember the commercial for Daewoo with the catchy slogan, 'that'll be the Daewoo'.  Now the acquisition of the South Korean manufactured Daewoo by Chevrolet, which is part of the General Motors family, was of course, major, bordering on earth shattering news, here in Britain.  The biggest news since we realised that Richard Branson had 'Virginised ' virtually ever conceivable product or convenience known to man.
I noted the name of my stereo system.  It is a 'Daewoo'.  So, I am now wondering if I can call my stereo a Chevrolet?  And why not.  After all, my colour television is a 'Mitsubishi'.
So brand names get changed.  'Datsun' becomes 'Nissan'.  'Kentucky Fried Chicken' now gets called 'KFC'. Banks change their names, but we still hate them.  For example, 'National Westminster Bank' becomes 'NatWest' (some call it 'NatWorst').  Chocolate bars cause confusion.  'Marathon' bars get renamed 'Snickers' only to be renamed 'Marathon'.  Thank goodness they have not thought of changing 'Mars' bars to the name of the planet that is between 'Saturn' and Neptune'.
The other day I was in my local 'Morrisons' supermarket, (which was once a 'Safeway' supermarket until Morrisons bought out British Safeway), to buy a tin of  'Campbell's' cream of chicken condensed soup.  Well, it turns out that Campbell's is now called 'Bachelors', but nobody bothered to inform me.  And speaking of supermarkets..the next thing you know someone will tell me something like 'Asda' has been purchased by 'Wal-Mart'.  'What?  They have?'
You may be wondering why the 'wee folks' are in the photograph.   I discovered them in my kitchen checking out my groceries.  It's a shame I did not have a more fitting cereal for them to eat.  Something like 'Lucky Charms'.  You know, Lucky Charms, 'they're magically delicious!'
To end this blog in a somewhat commercial way that demonstrates how brand names have been incorporated into everyday language; I present the following.  I decided to 'Hoover' the carpets.  After 'hoovering', I had this urge to sneeze, so I grabbed some 'Kleenex' and wiped my nose.  I then proceeded to the kitchen and rewarded myself with a bowl of 'Jello'.  Now you may have reached this blog by 'Googling'.....
Oh yeah..before I go...'Cadbury's' chocolate has been purchased by 'Kraft'.  What a thought.  Chocolate flavoured Kraft macaroni dinners.....
Posted by klahanie at 01:39 20 comments:

I just cannot think of anything better than having a right good row.  It doesn't matter who it is.  I will gladly row with my friends, my family, my neighbours, the 'wee folks', or anybody who seems like they would be interested in a right good row.
Would you like to row with me?  We could take turns rowing.  Row after row.  We could have our rows all in a row.  If you like, we could converse about the boundary between two properties formed by bushes and shrubs, that would be a hedgerow.  We might just row about posh clothing , also known as 'Savile Row'.  We might even discuss that the 'Oxford and Cambridge boat race', is a very good row.  If you do not want to row with me; I have an option.  For I can row with a mechanical object.  I'm off to the gym to have a debate with a 'rowing machine'.
'Row, row, row your boat....'  Yes indeed, I would love to do some rowing.  Would you like to take turns rowing in my row boat?  So maybe a friend, a family member, the 'wee folks', or just some startled passer-by; might just be interested in a bit of rowing with me.  'Oar', maybe not.
Posted by klahanie at 22:31 22 comments:

Email ThisBlogThis!Share to TwitterShare to FacebookShare to Pinterest
Labels: rowing

Love For The Lonely.

Valentine's Day can be a poignant occasion.  Those who are in love can embrace the day with joyous celebration.  For those who have loved; it can be a day of longing reflection.  For those who have never felt love, the lonely; it can be a day of great sadness and despair.
I am blessed with knowledge that once I was loved.  Yet, I ache with pain. Pain from the recollection of what the relentless onslaught of my illness, my mental illness, did to the very foundations of my fragile ego.  Illness stole my love and turned me into an apathetic spectator, barely aware of the simple wonders of life.  I lived in a fog and the insidious nature of  that fog, that terrifying fog, enshrouded me in a life devoid of love.
Somehow , with my last ounce of strength; I gazed through my fog, found a moment of clarity and discovered the fading remnants of hope and self-respect.  I challenged myself and the negative environment that had nearly destroyed me.  I set myself free.  No longer would I be shackled by the chains of my illness.  I had come to the profound realisation that I had choices and I chose to understand that my mental health concerns would no longer dictate my right to a peaceful, happy life.
Those who have love must savour every precious moment.  Those who have love, must never be too busy to take such a fragile yet powerful commodity for granted.  Those who have been loved can learn to love again.
Some will walk hand in hand and gaze into each others eyes.  Some will recall lost love.  Some will wonder if love will ever come into their lives.
So now, as Valentine's Day approaches; let us spare a thought for those who have never been in a loving relationship.  Love for the lonely and a more caring, compassionate world for us all.
Posted by klahanie at 22:55 28 comments:

Ever Watched An 'Egg And Spoon' Race? 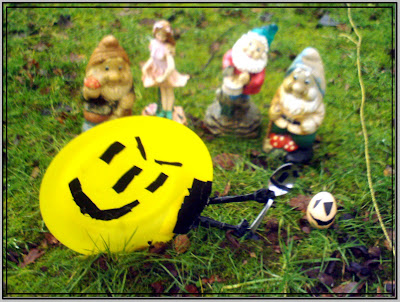 Have you ever watched an 'egg and spoon' race?  Well, I've observed a few egg and spoon races and the outcome has always been the same.  Agonisingly close, the egg ends up winning, because the 'dish ran away with the spoon'.
Do you think that spoons like 'spoonerisms'?  If a spoon could talk; would it get its 'metters lixed'?  Well, frankly, I don't 'shive a git'.  'Swoving miftly on....
'Hey diddle diddle, the cat and the fiddle'.  So what's that all about?  'The cow jumped over the moon. The little dog laughed to see such fun and the dish ran away with the spoon'.  So, just what is it all about?  It is about illuminating the minds of children of all ages.  Creativity and wonderment knows no boundaries. 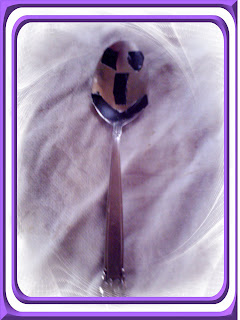