Before I attempt to type any further, I wish to thank Penny for having taken over the blog whilst I've been trying to sort out my latest physical issue.  It's been an ongoing, frustrating time.  Having recovered from the "tit" growing on my right elbow aka, bursitis, I'm now contending with an even more aggravating situation.

For the last two months, my left shoulder has been putting me through agony.  Just when I thought the pain had subsided, it would come back with a vengeance.  Thus, last Monday I finally gave up thinking the pain would just magically go away.  I went and saw a doctor.  She told me, based on checking my left shoulder, it was very likely a dislocated rotator cuff.

I'm now waiting to see a physiotherapist.  That's great because right now it takes about a week to put my coat on.  A weird wriggling manoeuvre that involves me attempting to raise my left arm up and slithering said left arm in to what is hopefully the left arm on my coat.  Thankfully, Penny waits patiently as I try to get my coat on so she can take me out for a walk.

Speaking of therapists, I recall when I started working for a mental health charity and I was introduced to the staff.  I asked this one staff member what her job was.  She told me she was a complimentary therapist.  To which I responded, "Excellent!  So pay me a compliment."  Thought I'd chuck in this paragraph, what with this post being somewhat off the cuff and bordering on disjointed, rather like my left shoulder. 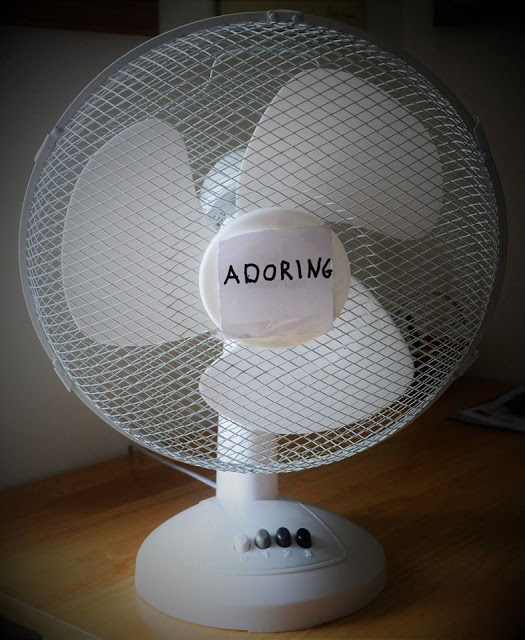 Of course, despite it all, I somehow know I'm going to be okay.  I just focus on how grateful I am to have adoring fans.  Here's one of my adoring fans in the above photo.


It started with an elbow tit
I must admit
It continued with a wrecked-up rotator cuff
Aint that tough
I've had enough
I feel rough
From all this stuff
Physiotherapy
I shall see
If it works for me
I should mention
I've switched off the comment section
I hope you understand
Hard to type using just my right hand.
Posted by klahanie at 02:33

I Took My Human Dad For A Walk.

Hi there!  Yes, once again, it's me, Penny the Jack Russell dog and modest internet superstar!  Although my human dad, Gary, has just about recovered from the trapped nerve in his left shoulder, I told him, after he begged me, that I'd do another pawst.  So, here it is.....

When I took my human dad for a walk yesterday morning, he ended up chatting to this lady who was out walking with her very young Dalmatian dog.  I could spot her dog a mile away.

"Gary", the lady stated, "I have some excellent news.  Our furry friend is becoming very obedient.  He can roll over, sit, stay, beg, shake a paw and the really great news is that he's no longer crapping on the carpets!"  "That's wonderful", my human dad replied.  "Enough about your boyfriend.  How's the dog doing?"

Hi there!  Yes, it's me again, Penny the Jack Russell dog and modest internet superstar!  While my human dad is still not quite recovered from the trapped nerve in his left shoulder, I've taken the liberty to put up another pawst. 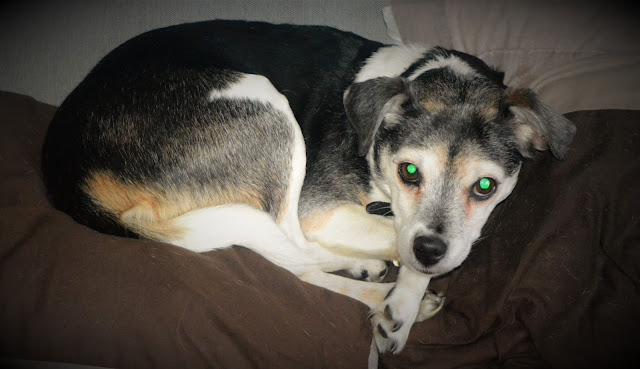 My doggy heart beats with the hope that humans learn the lessons we animals try to share.  The lessons that teach of non-judgemental, unconditional love.