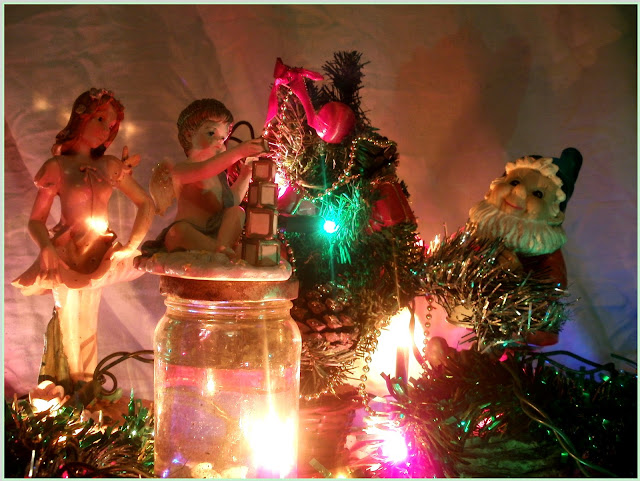 Ah, behold the wondrous magic bestowed upon us by Fidelina, the beautiful fairy princess, her beloved husband, Geoffrey the garden gnome and their boy child, Einahalk.  They, from the land of the wee folks, drenched in symbolism, of love, of hope, of compassion. 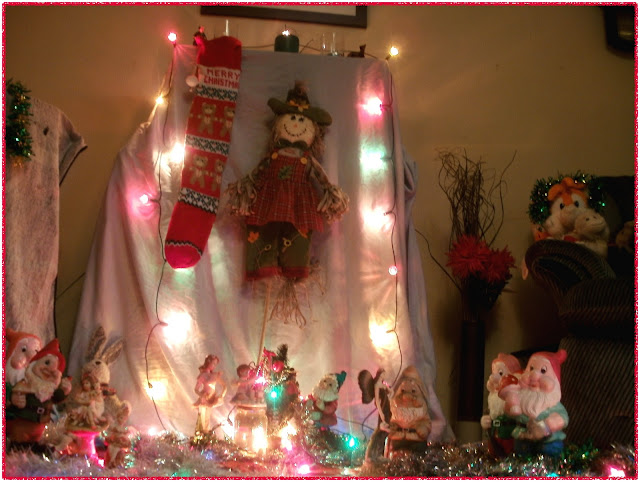 The wee folks, a celebration of diversity in an all different, all equal world. 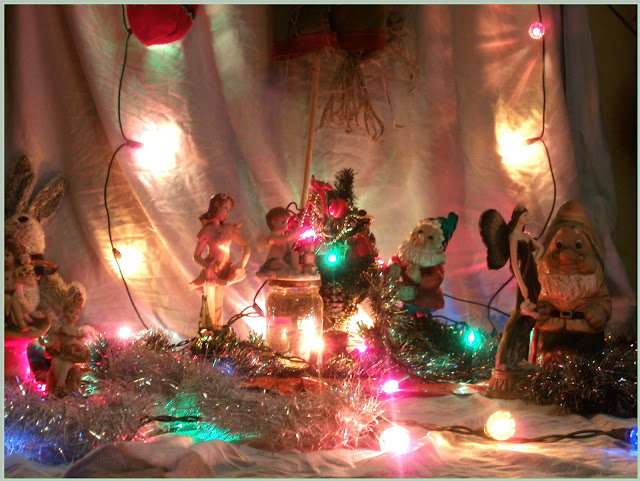 Observe their joy as the wee folks sense the simple enchantment of twinkling lights. 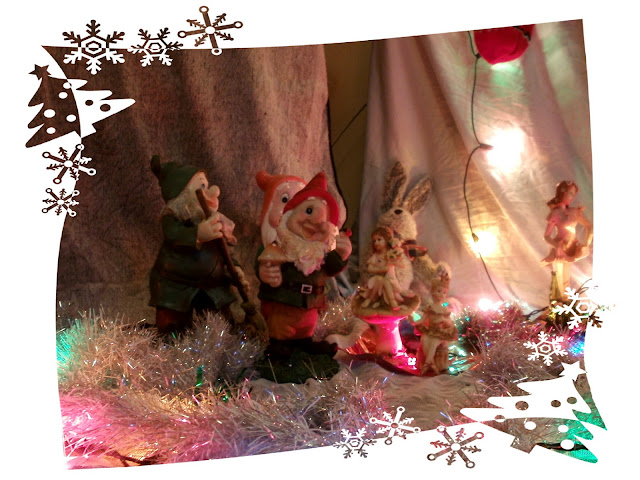 A fun time to be had as the festivities of free minds rejoice in their passionate desire to see us, the big people, learn of their non-judgemental ideals. 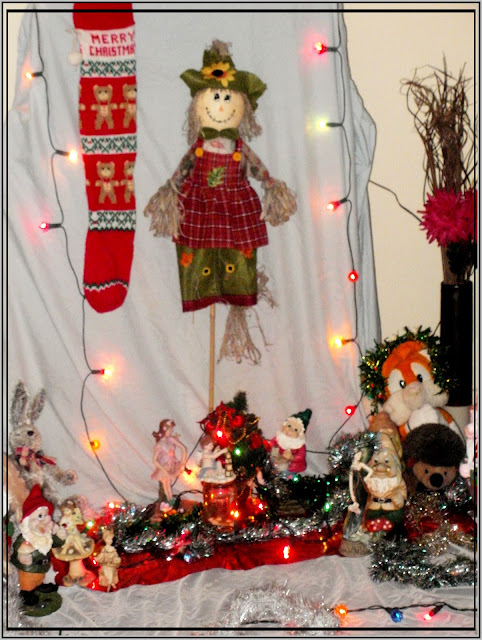 Their sweet innocence doth be a marvel to see. 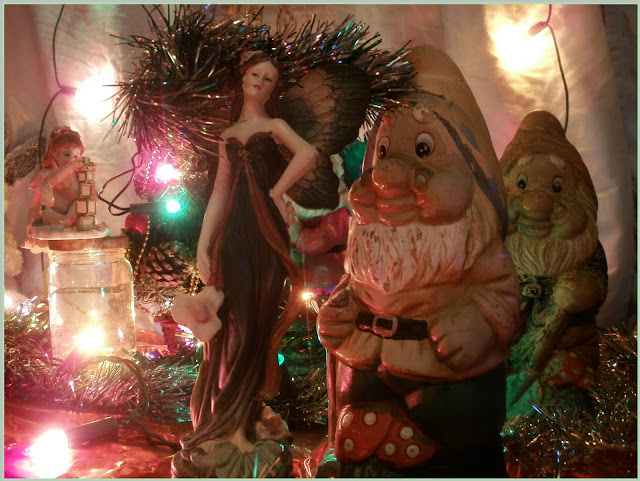 True love has no boundaries. 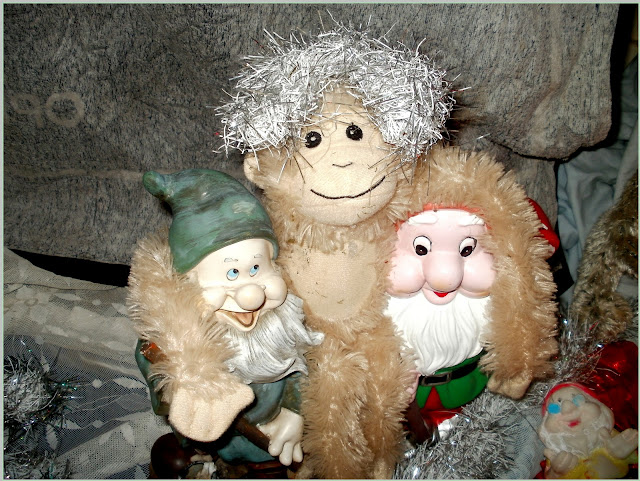 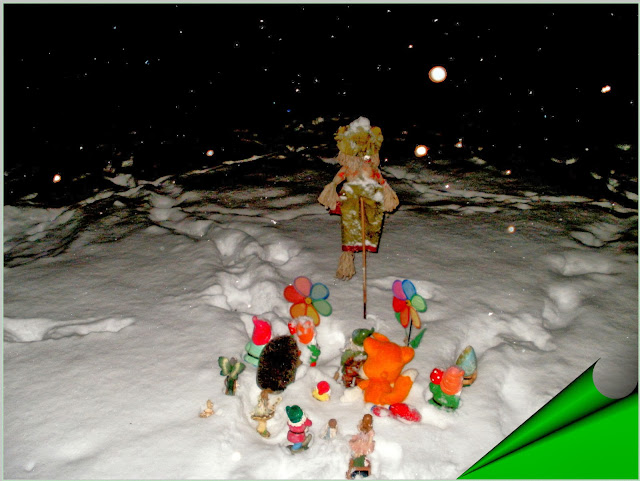 A snowy scene from yesteryear in the enchanted garden where they once lived. 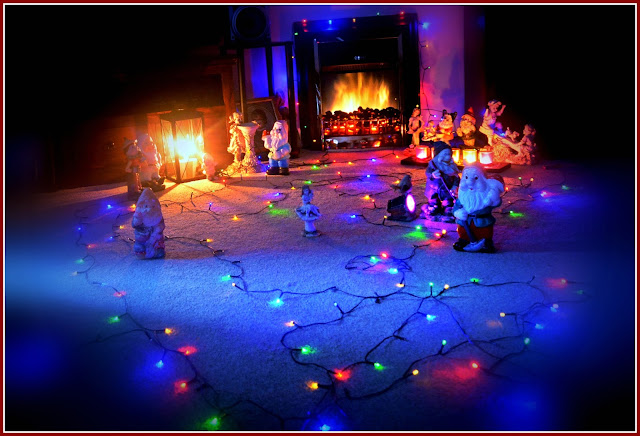 The warm, reassuring glow from within my living room where the wee folks now reside as they pass on their lessons for me to learn, for you to learn, for all of us to learn.

And thus, the setting sun kissed the western horizon. Evening cast hopeful shadows on the sleepy town of Leek, Staffordshire, England.  Tis the wish of the wee folks, such scenes of wonder would result in the dawning of the new day.  A new day of compassion amongst us of the big world.

Penny, the Jack Russell dog and modest internet superstar, along with the wee folks, leave you with some prose for thought.


In the past year
We've seen your fear
Mankind
Not aligned
Man unkind
Hatred for those
Who chose
To live in peace
Make the hatred cease
Make compassion contagious
The premise not outrageous
Peace to you all
Our impassioned call.

Just Before The Magic Arrives.

Just when I thought the momentum was about to return, the momentum got somewhat derailed.  I was going to post up a whole bunch of photos from my trip to British Columbia.  Being that it's now almost that magical time when the wee folks take over my blog, I shall briefly inform you of what's been happening.

I don't normally resort to Anglo-Saxon derivatives to convey how I'm feeling.  Consider this the last resort.  If you don't like the usage of profanity, look away now.....You can, if you so wish, skip this paragraph and the next.  What a fucked-up few months this has been.  I went through all that passport bullshit with the Canadian government, to such a degree, that I didn't even know I could legally board a plane to Vancouver until about a week before my flight.  My right elbow is still hosting a giant tit aka "tennis elbow".  Typing with the intrusive tit makes keyboard manoeuvring quite the contest.

To add some farcical, fucking festivities to, the season to be jolly, season, I now have a car that has had some rather unwanted customising.

Nine days ago, I did indeed have the niggling engine problem apparently sorted.  That was the good news when I phoned to see if my car was ready.  Here's the bad news.  The mechanic told me that he'd taken my car for a test drive and that the bonnet, (the hood), flew up on him while he was driving. The end result was a smashed-in bonnet, a dented roof and a cracked windscreen.

He claims that I had a faulty bonnet latch.  This is now causing a, who is responsible, legal battle. There is no way I will pay for the repairs.  I consider this most odd that in the seven years of owning the car, I've never had any trouble with my bonnet flying up.  In fact, within the last two months, the only time the bonnet has been opened was during the time it was taken to the mechanic's garage.

The irony within all of this is that if the car had been properly serviced in the first place, my car would not now be smashed up.  I now wait for the mechanic to get a replacement bonnet, fix my roof and replace the windscreen.  In the meantime, despite assurances my car is safe enough to drive, I'm paranoid about going out of town.

I suppose, when I really think about it, 2016 has been a screwed-up year, worldwide.  Bizarre Brexit result in the UK, some sort of reality TV presidential election in the States and the horror that is Aleppo. Despite my moaning, I do realise I have plenty to be grateful for.

Once again, the comments are switched off.  I'm sure you still understand that it's very difficult for me to actually type.  This has left me way out of the blogging interaction loop. 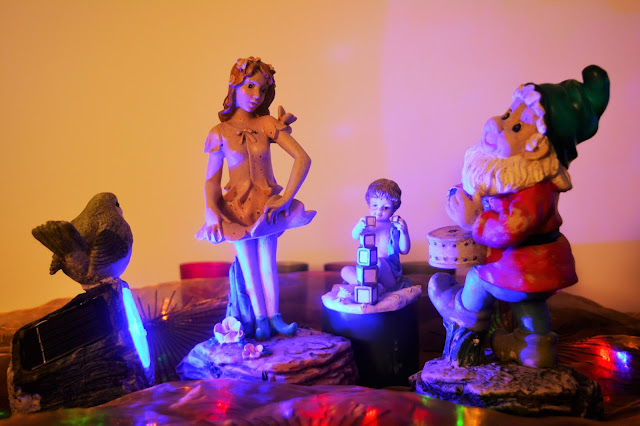 Thankfully, the wee folks and friends will be taking over my blog sometime next week.  The magic will arrive.....The wee folks annual, seasonal wish.
Posted by klahanie at 00:15 No comments:

Despite my ongoing problem with the giant boob hanging off the bottom of my right elbow, I shall be attempting an actual post fairly soon.

You are imagining this post.  In the meantime, here's three real photos from my trip to British Columbia, Canada. 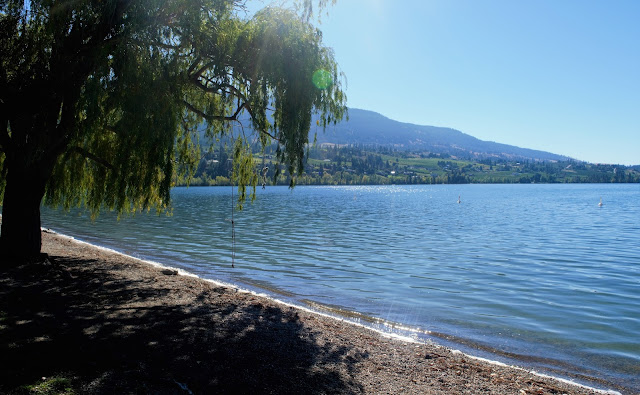 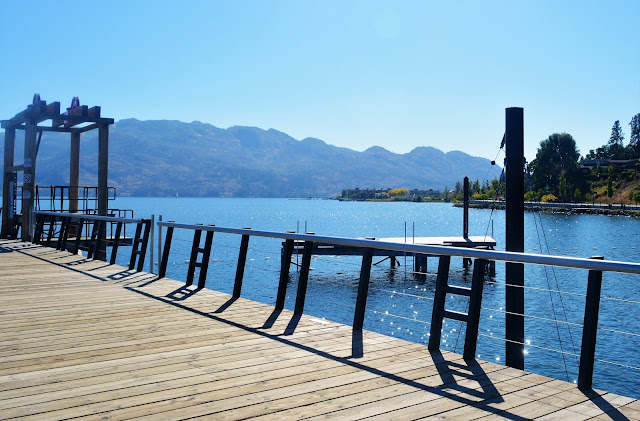