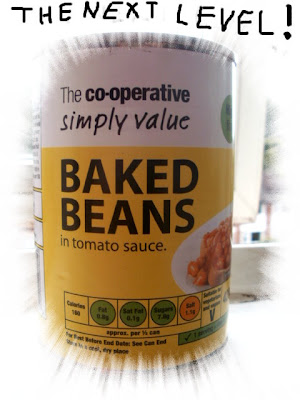 You may be familiar with social networking sites.  I joined 'Farcebook'.  Thought it would be a really neat way to interact and reconnect with folks from my past.  All good stuff.  Right?
Well it turns out that there is a lot more to Farcebook.  I have noted some of the 'friend' requests led me to a link to a 'porno' site.  This led me to believe that, hmmm, I guess this isn't a genuine friend request.  So I have a quick look at the link for about thirty minutes, I mean thirty seconds and ignore the 'friend' request.
Then there's the 'profile updates'.  'Joe Bollocks is having some toast and a cup of coffee.'  'Suzie Creamcheese is all excited about watching Glee Club.  I'm such a Gleek lol'.  Well hello Joe and Suzie, I don't care!
Okay and then we have all those Farcebook games and applications.  You get to see all the thrilling updates that could possibly leave you breathless with excitement and anticipation, as to what happens next.   'Mary Lou Cupcake would like to hire you to work in my facilities in RanchVille!'  'Bobby Redneck Critter could really use some help fertilizing their crops in FarmRanch!'  Enough already.  Then I noticed the edit feature to prevent me from seeing all this fascinating information.  So I gratefully switched that feature on. No more exciting updates on 'IguanaVille', 'Pass the Possum',  'Poke the Pirate', or even the latest moving activities over at 'ShiteVille'.
Yes, fair enough, I will admit it.  There was a time I attempted one of the gaming applications.  It was 'FarmVile' and it was a disaster from the outset.  I ended up having my cows trample and crap all over my prized cucumbers, got chased around a field by my tractor, was kicked off my land by a bunch of rowdy hillbillies who wanted my flock of sheep and the wild possum that had knocked over the majority of my freshly painted fencing.  'Howdy neighbour'.  I don't think so and don't get me started on the 'Send Good Karma' application.  I sent out loads of karma to my friends.  Apparently good karma will come back.  So what happened when I went into a karma frenzy?  Thought you'd never ask.  Well, the car I had got wiped out by an ambulance.  Yeah, I know, good karma.  After all, if you are going to be involved in an accident, an ambulance would be the ideal vehicle.
I do put up profile updates.  Recently, and this will explain the photograph, I posted the following update.  'I require one more tin of beans to reach the next level on 'FartVille!'.  Oh, and if you are really interested, here is my latest profile update on Farcebook.  'If they can land a man on the Nevada desert.  What next?  The moon?'
Welcome to 'Farcebook'.  That tin of beans worked a treat. 'Toot, toot...'
Posted by klahanie at 02:27

Email ThisBlogThis!Share to TwitterShare to FacebookShare to Pinterest
Labels: 'Farcebook'