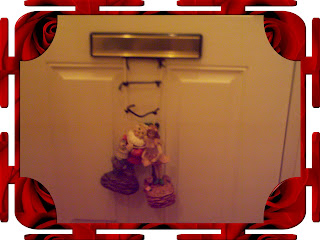 Can you believe it? There were some people who doubted that the 'wee folks' invaded my kitchen, took liberties by drinking my coffee, and had the sheer audacity to use only the finest in 'Royal Doulton' china. So some might think that I imagined that whole magical moment. Perhaps they reckoned that I had consumed one too many 'Pot Noodles'.
Well, I witnessed the aftermath of there merrymaking. Did they clean up their mess? Sadly, no. I suppose in their haste to leave and not get caught; they overlooked the fact that they should clean up the evidence. A fairy using 'Fairy Liquid'?
So there they had been and now they are gone. Since then, when I go to the kitchen, I think about our little friends, and I smile. Ah, the beautiful fairy princess, the garden gnome, and the ever-present entourage. Pixies in the pantry? An elf on the shelf? An oven with a 'Hob' goblin? If you had doubts and thought this ongoing story was just the ramblings of some delusional man; the above photograph is proof that they did indeed enter my house, via the letter box, using a string ladder.
If you believe that love conquers all, you can believe that the magical love between the beautiful fairy princess and the garden gnome grows ever stronger. Letter box, ladder and love? What some wee folks will do for a bit of warmth and a cup of coffee.
Posted by klahanie at 23:19