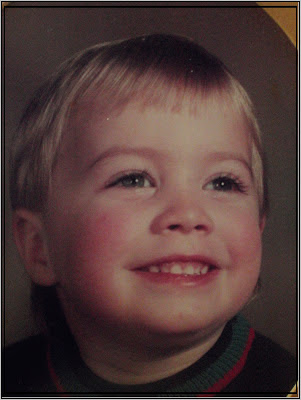 I had waited for that day.  Longed for that wonderful.day.  A day to fill my heart with joy, with relief.  The day the smile returned to my son's face.  That beaming smile of yesteryear.   The smile he once had that dazzles in the photo of my son.

It's been a time of learning.  Character defining through the tears, the pain, the desperation, the anguish.  I'm not a well man and when I saw my son plunged into the depths of despair, my sensitivity was acutely aware of the sadness.  Through his torment, I relived my own past torment.  I saw a reflection of a past self and I was sick with the burden of worry.

I have raised my son as a single father.  A single father busy being mentally ill and busy trying to provide a safe, loving environment for him.  A balancing act where the support we received was from beyond the screen.  And the calls to my family and friends.  Sadly, his mother would not understand and has stayed very much in the background.  Instead of a unified cause for the love of our son, my former spouse has never got involved.  The impact of this, profound and painful.  My son yearned for the love of his mother.

My blog, silly, surreal, serious.  The transparency I share with you is therapy.  Through the turmoil in my life, my son's life, it has been a tremendous struggle to write, to interact.  The distraction of his pain, the lack of a smile, has consumed every fibre of my being.  Many a time, I would have to stop writing just to comfort him through the latest crisis.

My son is now a young man of twenty four.  For the last six years, his employment opportunities have been limited.  Short term work and job agencies that would exploit.  He tried to get work.  Oh how he tried.  He became so disillusioned that many a day he would spend just sleeping.  I was scared, so very scared.  I would make an excuse to talk to him.  I wanted to know he was still alive.  Yes, the relentless onslaught of an indifferent world was taking its toll on his spirit.  The world was grinding him down.  He craved independence, to move on, to start his own life.  And here he was, trapped.   It was embarrassing to rely on dad all the time.

My son, Tristan, as of three months ago, finally got some full-time work.  It's mundane and does not utilise his civil engineering skills.  However, it has provided him with some cash flow and it gets him out of the house.  During all of this, he has been pursuing a career in the British Navy.  It's a long drawn-out process.  He's been totally focused on the Navy as being a good career move where he can use his skills that have gone to waste.

About two months ago, he went for his medical assessment with the Navy.  There were concerns that his blood pressure reading was too high.  This halted his ongoing career move pending further monitoring.  He was most distraught over this.  Yet, so focused, so determined was he that Tristan went on a strict diet and exercise regime.

My son went to his doctor and the doctor checked his blood pressure which was perfectly normal.  However, the Navy would not just accept a letter from his doctor.  This meant he had to go on a twenty four hour blood pressure monitoring machine.

And there he was.  My son, triumphantly waving the printout from the monitoring.  "Dad!  My blood pressure results are just fine and the Navy will get my results.  Yes! Yes! Yes!"   Oh how I waited for the day that the smile returned to my son's face.  Wednesday was that day.  And now I smile at the thought of that beaming smile.  A smile that transported me back to yesteryear and the little boy in the photo.  I never stopped believing and now it has become true.
Posted by klahanie at 21:41