Has It Really Come To This?

I'm saddened.  I'm angry and I wonder what happened to a semblance of humanity.  I like to think that assumptions and the convenient stereotypes of the homeless, the rough sleepers, was starting to diminish.  It seems I'm very wrong.

Inch-high studs have been placed outside the main entrance of deluxe flats located on Southwark Bridge Road, London.  A deterrent to ward of the inconvenience of some of the most vulnerable people in society. We cannot have the sight of some poor soul blighting the environment of the fortunate.  We cannot have such poor souls causing those living the life of luxury be subjected to the grim reality of a fellow human. 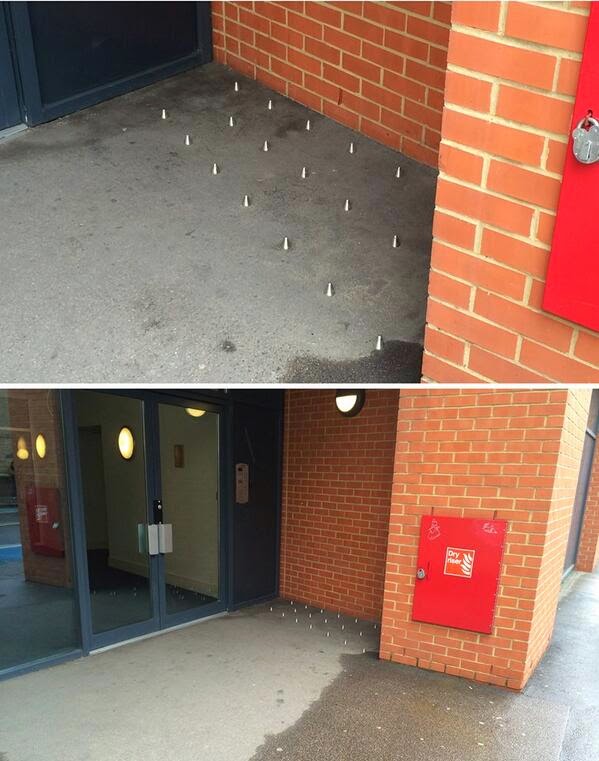 Here are the spikes outside the luxury block of apartments. 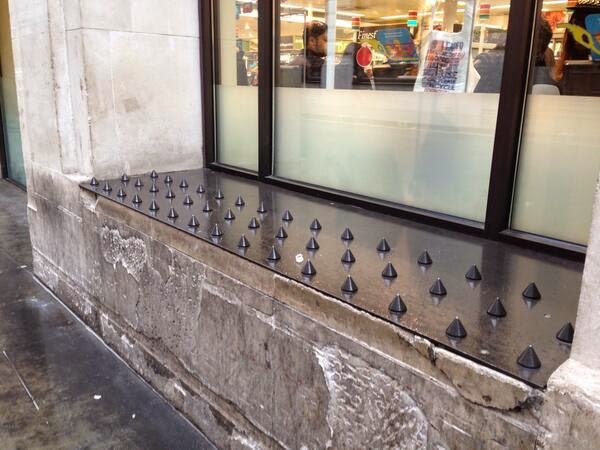 Here is another example of  such spikes outside a Tesco supermarket, Regent Street, London.

What we really need is a network of support.  Do our utmost to provide a warm, safe place for our homeless friends to live.  Homeless charities can only do so much.  A more compassionate society can help make a difference.  The government, too busy demonising the vulnerable, must bear some responsibility for the homeless crisis that has turned this once green and pleasant land, into a not so pleasant land.

If you wish to read further about this, here is a link : Use of spikes to deter homeless.

If you wish to sign the petition that I've been helping to circulate, it can be found here : Petition to remove the anti-homeless spikes.